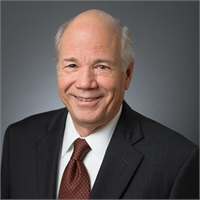 Bob was born in Tennessee and lived there until his late 20’s. His undergraduate degree was a BA in Psychology from Emory & Henry College located in Emory, Virginia.

Bob’s first job was as a counselor in a residential treatment center for juveniles in Nashville, Tennessee.  After several years, he determined a career change was needed.  He returned to school to pursue a business curriculum with a concentration in accounting and received an MBA from Eastern Kentucky University.

Bob began a career in financial services with Equitable Life in 1992 and joined Commonwealth Financial Network in the fall of 1995.

In 2004 Bob moved back to western North Carolina and now resides with his fiancé, Leigh, in Arden which is a suburb of Asheville.

Bob has a son and daughter and two grandchildren.

Leigh and Bob have interests that include hiking and touring by bicycle.  Their most recent trip in July, 2019 was to cycle the Erie Canal Towpath from Buffalo to Albany, New York, a distance of about 380 miles plus a few side trips along the way.